The National Archeological Museum in Madrid 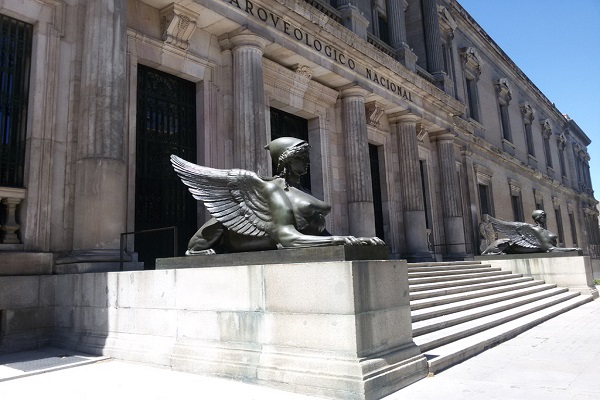 The Archaeological Museum was founded by Isabel II of Spain in 1867 to preserve the past of the nation, from Prehistory to Modern Times. The cultural legacy of Spain, which had formerly been divided into various organizations, was gathered into one when the Museum was inaugurated.

Between 2008 and 2014, the Ministry of Education, Culture and Sport spent 65 million euros to renovate the Museum completely, which had very positive results. Since it was reopened, the number of visitors has almost tripled.

What to See?
Lady of Elx (M.A.N. Madrid) It contains a wealth of religious art. Many of the exhibits were removed from churches and monasteries and there are many ancient sacred artifacts as well.

One of the most popular exhibits is an underground replica of the prehistoric cave paintings discovered in Altamira, Cantabria (in northern Spain, in 1868). For preservation reasons, access to the original is highly restricted. The paintings feature bison, horses and boars.

A highlight of the main museum is Lady of Elx ("La Dama de Elche", in Spanish), a bust of a wealthy 5th century BC Iberian woman. Her elaborate headgear is a precursor to the mantillas and hair combs of traditional Spanish dress.

A collection of visigothic votive crowns were discovered in 1859 and have been dated to the 8th century. And a beautiful choir stall from the palace of Palencia dates from the 14th century.

There are also Greek vases, Roman mosaics, and various exhibits from Ibiza, Paestum, and Rome, including statues of Tiberius.